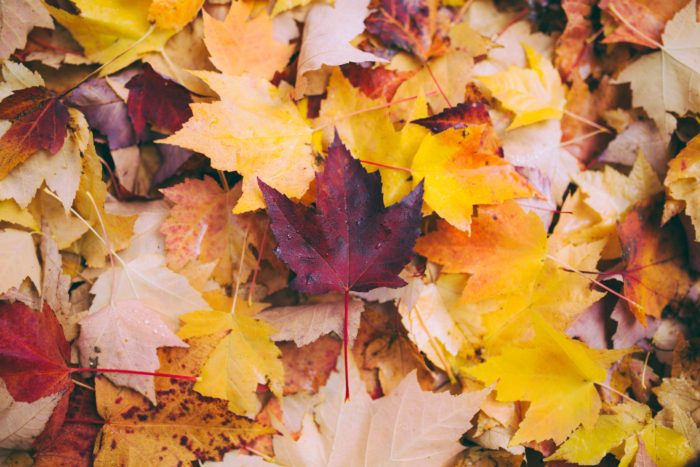 How was your week, friends? I am SO PROUD of Minnesota for electing Dave Hutchinson as Hennepin county sheriff (he’s the first openly gay sheriff in the Midwest) and for electing Ilhan Omar as one of two Muslim women elected to legislator office in America. Yay!

Before we dig into the fun(ish) links: How to help victims of the California fires.

This was sweet: 7 tips for raising grateful children

Somewhat related: Is Agnes Gund the last good rich person?
Three years ago, Ms. Gund went to see Ava DuVernay’s documentary “13th.” She was so disturbed by its message about America’s racist system of mass incarceration that she went home, removed her most prized painting by Roy Lichtenstein from the walls, and sold it to Steven Cohen, a hedge fund investor, to the tune of $165 million.

If you’re asked to bring a pie to Thanksgiving, may I recommend Peanut Butter Pie With Chocolate-Dipped Potato Chips?

And if you’ve got a long way to travel for Thanksgiving: How to survive holiday travel.

Did you know I’m teaching the money module for Courtney Carver’s year-long course A Simple Year? It’s $199 for AN ENTIRE YEAR of classes and content! Early Bird pricing ends on November 13th, so if you’re interested, now’s the time to sign up! If you’re curious, you can watch the replay of the webinar here.

My Life Cleanse: One Month Inside L.A.’s Cult of Betterness
Which made me start to wonder: Maybe my tarot knows something I don’t. So that became the idea. Four weeks of the latest and greatest in Los Angeles woo-woo, sampling everything on offer in our present New Age. Crystals in East L.A. Holy Rollers on Hollywood Boulevard. An Oracle in Jefferson Park. But nothing too dangerous, we agreed, nothing nefarious or with the power to bend minds. That wasn’t the plan at all.

Funny! The Petty Hall of Fame.
The Southern California town of Coronado, located in San Diego County, has always been a pretty bike-friendly place, with nice paths and a healthy number of two-wheeled commuters. But when it tried to paint bike lanes on some city streets in 2015, it unleashed an inferno of NIMBY fury: at one city-council meeting, residents deemed bike lanes “paint-stripe pollution“ and a “visual cacophony” that would “induce a dizzying type of vertigo.” Yet another local claimed that adding the lanes would be “very similar to personally taking all three of my daughters to a tattoo parlor and having them completely body tattooed.”

And a reminder that if you appreciate my taste in links, I pin great stuff every day! Are we friends on Pinterest?

Hope you had a great week!

How was your week, friends? I spent most of mine getting all the new Bank Boost students situated and getting ready for two weeks in Costa Rica. I'm there right now if you'd like to follow along on Instagram! Links for you! If you want to learn money stuff from me and...

END_OF_DOCUMENT_TOKEN_TO_BE_REPLACED

I know we've left the holiday season, but I only recently discovered this Christmas song and now you need to know about it, too! How was your week, friends? I spent most of mine launching Bank Boost - class officially starts tomorrow! As I type this, it's 80% sold out...

END_OF_DOCUMENT_TOKEN_TO_BE_REPLACED

I hope Christmas was lovely for those of you who celebrate it! We've been laying low in this weird week between Christmas and New Years....